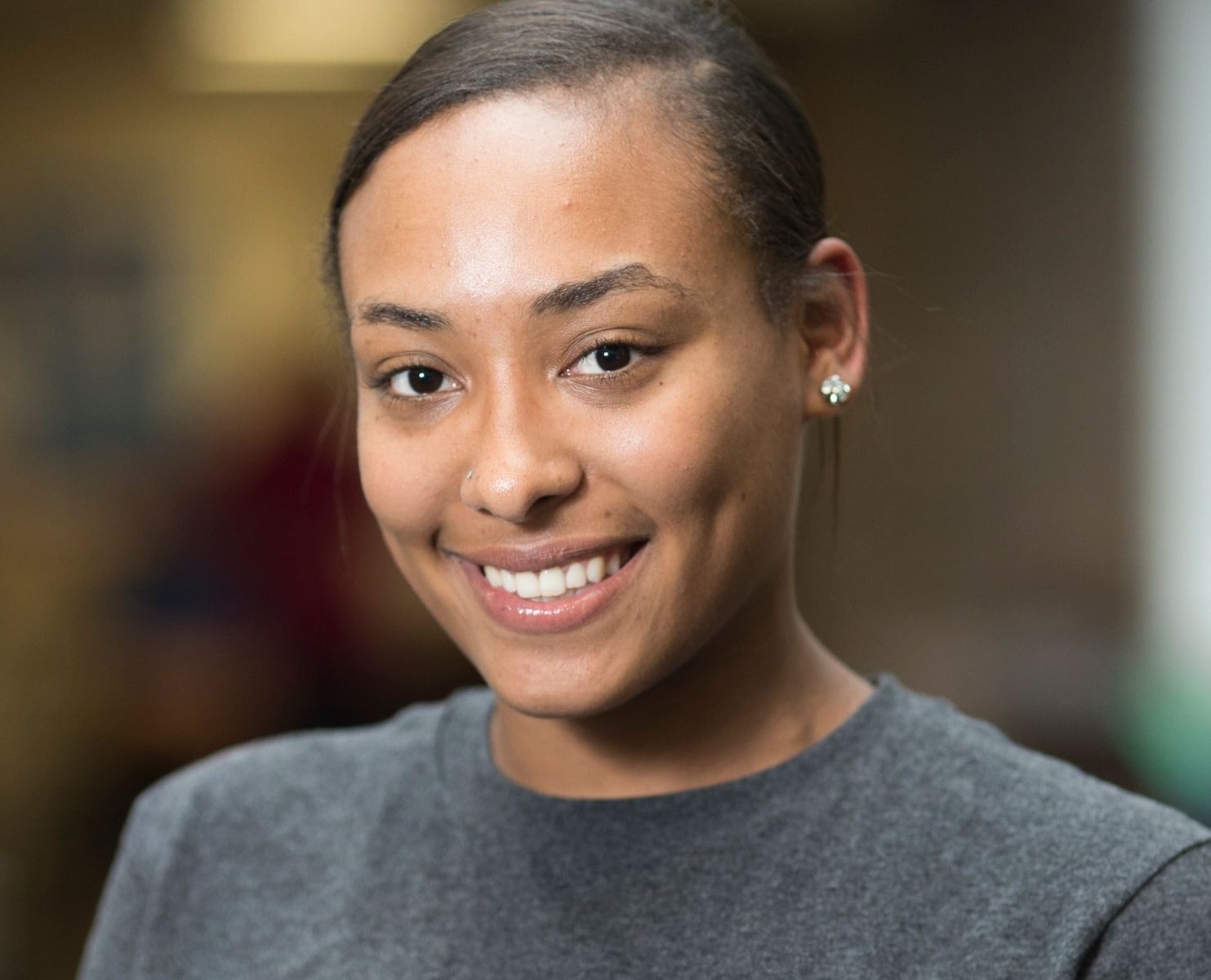 Student Government Association (SGA) President Maribel Mateo has persisted through many road bumps in her life and, as SGA President, she hopes to help others do the same.

SGA President Maribel Mateo, who is a rising junior studying sociology and criminal justice, hails from Lawrence, MA.  She grew up in low-income neighborhood and was raised by her mother in a single-parent household.  Things didn’t come so easy for her and her family.  Despite the challenges, things were looking up for Maribel after she earned a scholarship to attend a private Catholic high school.  The transition, however, was not an easy one.

“I went to Central Catholic which was an amazing school in my city, but when I arrived, it was a struggle being a Latin minority because their population [which was majority White] didn’t know how to work with us as minorities,” Maribel said. “Ultimately, I decided to transfer to Lawrence High School, which was known as being [a low performing] high school in the area.”

Despite its reputation, Maribel felt at home at Lawrence High School.  She no longer felt like an “other”, and she actually thrived from the sense of community.  Maribel immediately got involved, joining the varsity basketball team as a sophomore.  “I’m so glad I joined the varsity basketball team because it helped me decide who I wanted to be, and what I wanted to do,” Maribel said. “That’s where I started my personal growth.”

“Worcester State was my first choice.  I knew I wanted to go there,” Maribel said. “Coming from an inner city, sometimes you lose the opportunity to work on your leadership skills because you’re just trying to survive.  I knew I had to build my leadership skills to help advocate for others.”

Maribel felt strongly that Worcester State would help her build the skills she needed, and time would ultimately prove that she made the right choice.

However, like many first-year students, Maribel’s first year in college was not an easy one.  Despite the many coaches and mentors who supported her, everything about the college experience was new to her, so the road bumps were inevitable.

“I am a first-generation college student,” Maribel said. “It was beyond what I could even believe to actually go to college.”

“I lost myself because I felt excluded because of where I come from, because of who I am, and also because of how I speak,” Maribel said. “Towards the end of my first year, I felt I was completely falling off.”

Finding Her Way at WSU

“When I joined Orientation, it helped me better identify who I was,” Maribel said. “I was given an opportunity to be embraced for where I came from.”

Maribel was also actively involved with the CLEWS program (Community and Leadership Experience at Worcester State), led by Mark Wagner, Director for the Benienda Center for Civic Engagement.  Maribel acknowledges the CLEWS program for having a large impact on her WSU experience. 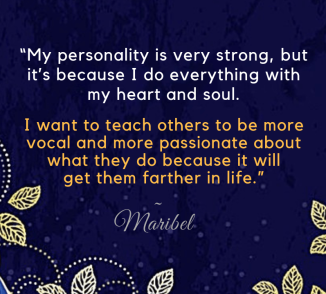 From that point on, Maribel was determined to get more involved in order help other students embrace who they are.  She went on to serve a second year with the Orientation program.  She was also hired as a Resident Assistant for Residence Life, a Student Manager in the Student Center, and a student employee in the Wellness Center.

In addition, Maribel wanted to do as much as she could to advocate for the student voice on campus.  She ran for Student Government Association (SGA) President and was successfully elected in the Spring of 2018.  She assumed her duties as SGA President beginning fall 2018.

All of these responsibilities were not enough for Maribel.  She also joined the 2020 Class Committee to ensure that everyone in her class would have a voice in helping to shape their senior year experience.  One of the main goals of this committee is to increase class pride.

Reflections on Her Journey

As Maribel wraps up her first semester as SGA President, we sat down with her to discuss how she thinks she is doing.

How do you think you’ve changed as a leader throughout your time at WSU, and what aspects of your experience most influenced this change?

Maribel: “I believe that I’ve been able to grow as a leader by understanding different points of views. I can now use my abilities to advocate, not just for myself, but for others too.”

“I’m also learning to listen more, and I try to understand what others are trying to say before I speak. I try to make sure I confirm and I understand what people are saying instead of just going with my own opinion and my own beliefs.”

What are some of your goals for SGA this year?

Maribel: “I want to change the culture so we actually change the idea of what we believe is good enough. We can do so much more as a campus. We should always focus on what can we do better. There is always room to improve.”

“Diversity, equality, and understanding are so important. I want to do what I can to help contribute to a more inclusive community.”

“Campus safety, ethical safety, and unity through understanding are also areas in which I hope to focus.  Lastly, I want students to feel like they can call the community our home.”

What advice do you have for students who are still trying to figure out what role they want to play in the campus community?

Maribel: “One thing I would say is try anything and everything. Don’t be discouraged by who’s doing what. Seek out the things you never thought you would do. It’s okay to ask for advice and make sure you are comfortable with what you are doing. Make sure you love what you’re doing. Don’t stick with something just because of your friends. There are so many opportunities on campus – big or small. Keep trying. Never stop trying.”

Maribel is excited to continue her efforts to bring people together. She believes in the power of the Worcester State community to get things done.

“It’s on us to pay attention. It’s on us to make WSU a home,” Maribel said. “It’s not just on me as SGA President, but it’s on us. It’s on everyone to make that change.”

Thank you Maribel for your passion and the amazing advocacy work you’ve already done at WSU thus far. We can’t wait to see the lasting impact of your efforts.

Cheers to Leadership. Cheers to Passion!