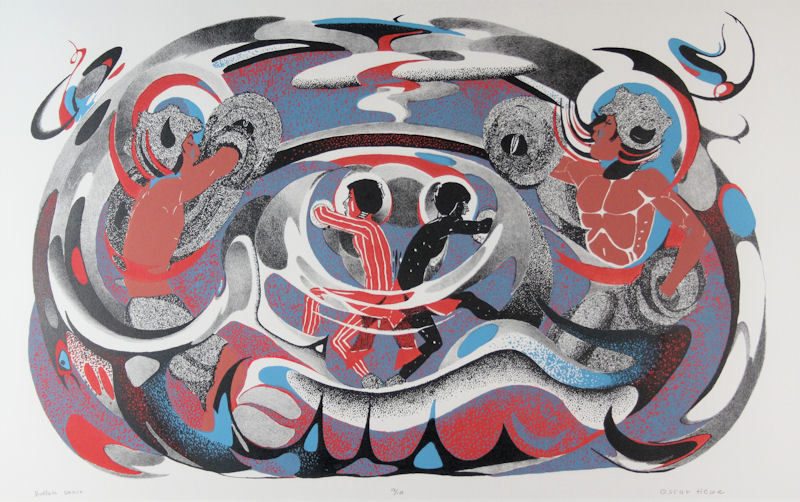 A vital part of our mission is leadership. LEADERSHIP IS MAKING CHANGE.
This month: Celebrating Native American Heritage

Following our Leadership is Making Change post, which was written in response to the many stories of racial inequality that plague our country, the Office of Student Involvement and Leadership Development at Worcester State University made a vow to provide support for and education about marginalized cultures and identities. Marginalized populations are defined as “groups and communities that experience discrimination and exclusion (social, political and economic) because of unequal power relationships across economic, political, social and cultural dimensions.”  This post is the first in our series Making Change, which will feature monthly posts that share historical backgrounds, educational resources (to read, watch, and listen), and activism opportunities centered around a specific culture, identity, or community.

Our goal with our November post is to educate about Native American heritage. In honor of Native American Heritage Month would like to acknowledge that the land we meet on each day in the state of Massachusetts is the original homelands of the Mashpee Wampanoag, Aquinnah Wampanoag, Nipmuc, and Massachusett tribal nations.  We acknowledge the painful history of genocide and forced removal from this territory, and we honor and respect the many diverse Indigenous peoples still connected to this land on which we gather.

We strive everyday to educate our students to be impactful campus and community leaders. Leadership begins with education. This resource list is not exhaustive, but will provide the opportunity to begin the journey of educating yourself and those around you.

Indian Horse
Netflix
Saul Indian Horse, an Ojibway boy, is torn from his family and committed to a residential school. At the school, Saul is denied the freedom to speak his language or embrace his heritage and is a witness to abuse by the people sworn to protect him. But Saul finds salvation in the unlikeliest of places – the rink. His incredible hockey talents lead him away from the school to bigger and better opportunities, but no matter how far Saul goes, the ghosts of his past are always close behind.

The Standing Rock Resistance and our Fight for Indigenous Rights
Tara Houska, TEDTalk
Still invisible and often an afterthought, indigenous peoples are uniting to protect the world’s water, lands and history — while trying to heal from genocide and ongoing inequality. Tribal attorney and Couchiching First Nation citizen Tara Houska chronicles the history of attempts by government and industry to eradicate the legitimacy of indigenous peoples’ land and culture, including the months-long standoff at Standing Rock which rallied thousands around the world. “It’s incredible what you can do when you stand together,” Houska says. “Stand with us — empathize, learn, grow, change the conversation.”

Indigenous Peoples Echo Black Lives Matter’s Call for Justice
PBS News Hour, Youtube
This year, U.S. protests over police brutality and violence against Black Americans have led to a prominent national conversation on racism. Indigenous peoples in Canada, Australia and New Zealand have leveraged the momentum both to show solidarity and to bring attention to similar issues in their own countries. Amna Nawaz reports on a global effort to identify and address racism and oppression.

Skindigenous Official Trailer
Available on skindigenous.tv
A 13-part documentaryseries exploring Indigenous tattooing traditions around the world. Each episode dives into a unique Indigenous culture to discover the tools and techniques, the symbols and traditions that shape their tattooing art. In this series, the art of tattoo becomes a lens for exploring some of the planet’s oldest cultures and their unique perspectives on life, identity and the natural world.

The Naked Truth: Mark Ruffalo Speaks on Standing Rock & #NoDAPL
The Naked Truth, Youtube
Sioux water protectors won a major victory over the the DAPL oil pipeline project at Standing Rock. Braving water cannons, dogs, police brutality and extreme weather, the No DAPL movement had the moral authority to capture the world’s attention. But with Trump’s oil-friendly administration about to take office, the victory is momentary and the struggle is only beginning.

All My Relations Podcast
Welcome to All My Relations, a podcast where we explore what it means to be a Native person in 2019. To be an Indigenous person is to be engaged in relationships—relationships to land and place, to a people, to non-human relatives, and to one another. All My Relations is a place to explore those relationships, and to think through Indigeneity in all its complexities. On each episode hosts Matika Wilbur (Tulalip and Swinomish) and Adrienne Keene (Cherokee Nation), delve into a different topic facing Native peoples today, bringing in guests from all over Indian Country to offer perspectives and stories. We dive deep, play some games, laugh a lot, cry sometimes, and hope that you’ll join us on this journey together.

Left, Right & Center
Indigenous youth are at the forefront of Lisa Charleyboy’s podcast, where she gets frank on topics about music, identity and sex. Each episode, she moderates the conversation with a different group of millennial

A 1999 murder case of a Muskogee (Creek) Nation man in Oklahoma is the entry point for an investigation into a Supreme Court battle over whether nearly half the land of Oklahoma is tribal territory. This podcast about tribal land, broken promises and murder, is on the Crooked Media platform—which also hosts political podcast Pod Save America, as well as pop culture-focused Keep It—and is hosted by Cherokee nation journalist Rebecca Nagle.

A Tribe Called Geek
A nerd-culture podcast that prides itself on its “Indigenerdity.” The ATCG website covers everything from comics, STEM, cosplaying, art, entertainment and more. Hosts Johnnie Jae and Jackie Malstrom interview fellow Indigenerds and discuss the intersections of Indigeneity and geek culture.

Revolutions per Minute
The Indigenous music hub Revolutions per Minute hosts a podcast dedicated to giving a voice to the music, stories, and experiences of Indigenous artists from around the world by exploring a place, idea, or tradition that inspires our songs and our people. This podcast is a blend of social and cultural discussion and Indigenous pop culture.

We encourage you to utilize your local library or independent bookstore. Books can also be requested through the Worcester State Library when classes are back in session. Students may be eligible to access some of the titles below with a free 2-month Kindle Unlimited trial subscription or free Audible trial.

Carry
by Toni Jensen
A powerful, poetic memoir about what it means to exist as an indigenous woman in America, told in snapshots of the author’s encounters with gun violence. In prose at once forensic and deeply emotional, Toni Jensen shows herself to be a brave new voice and a fearless witness to her own difficult history—as well as to the violent cultural landscape in which she finds her coordinates. With each chapter, Carry reminds us that surviving in one’s country is not the same as surviving one’s country.

There There
by Tommy Orange
Tommy Orange’s wondrous and shattering bestselling novel follows twelve characters from Native communities: all traveling to the Big Oakland Powwow, all connected to one another in ways they may not yet realize. Among them is Jacquie Red Feather, newly sober and trying to make it back to the family she left behind. Dene Oxendene, pulling his life together after his uncle’s death and working at the powwow to honor his memory. Fourteen-year-old Orvil, coming to perform traditional dance for the very first time. Together, this chorus of voices tells of the plight of the urban Native American—grappling with a complex and painful history, with an inheritance of beauty and spirituality, with communion and sacrifice and heroism. Hailed as an instant classic, There There is at once poignant and unflinching, utterly contemporary and truly unforgettable.

The Heartbeat of Wounded Knee
by David Treuer
In The Heartbeat of Wounded Knee, Treuer melds history with reportage and memoir. Tracing the tribes’ distinctive cultures from first contact, he explores how the depredations of each era spawned new modes of survival. The devastating seizures of land gave rise to increasingly sophisticated legal and political maneuvering that put the lie to the myth that Indians don’t know or care about property. The forced assimilation of their children at government-run boarding schools incubated a unifying Native identity. Conscription in the US military and the pull of urban life brought Indians into the mainstream and modern times, even as it steered the emerging shape of self-rule and spawned a new generation of resistance. The Heartbeat of Wounded Knee is the essential, intimate story of a resilient people in a transformative era.

The Heartsong of Charging Elk
by James Welch
Charging Elk, an Oglala Sioux, joins Buffalo Bill’s Wild West Show and journeys from the Black Hills of South Dakota to the back streets of nineteenth-century Marseille. Left behind in a Marseille hospital after a serious injury while the show travels on, he is forced to remake his life alone in a strange land. He struggles to adapt as well as he can, while holding on to the memories and traditions of life on the Plains and eventually falling in love. But none of the worlds the Indian has known can prepare him for the betrayal that follows. This is a story of the American Indian that we have seldom seen: a stranger in a strange land, often an invisible man, loving, violent, trusting, wary, protective, and defenseless against a society that excludes him but judges him by its rules. At once epic and intimate, The Heartsong of Charging Elk echoes across time, geography, and cultures.

Imaginary Borders
by Xiuhtezcatl Martinez
Pocket Change Collective is a series of small books with big ideas from today’s leading activists and artists. In this installment, Earth Guardians Youth Director and hip-hop artist Xiuhtezcatl Martinez shows us how his music feeds his environmental activism and vice versa. Martinez visualizes a future that allows us to direct our anger, fear, and passion toward creating change. Because, at the end of the day, we all have a part to play.